Resident Evil 2 Is Now Available For Digital Pre-Order, Comes With Bonus Weapons, Due To Be Released Q1 2019!

In 1998, the iconic Resident Evil 2 was released on the Playstation One. 20 years later, the game is being reanimated, just like the zombies within it. The Resident Evil 2 remake is set to launch on January 25, 2019 for PS4, Xbox One, and PC. It will cover much of the same ground as the original, but with new character models and perspective.

The perspective shift unshackles the camera from its formerly fixed positions and pulls it in for an over-the-shoulder-third person view much like in Resident Evil 4. Even so, many of the survival horror aspects that left the series as it continued remain in place from the original release of the game. If this has enticed you enough to preorder, you might want to check the list of bonuses and information we have gathered here.

The standard edition just comes with the game. Your best deal on a console version is to buy a physical copy from Newegg. But you can preorder from the links below for other physical & digital copies! 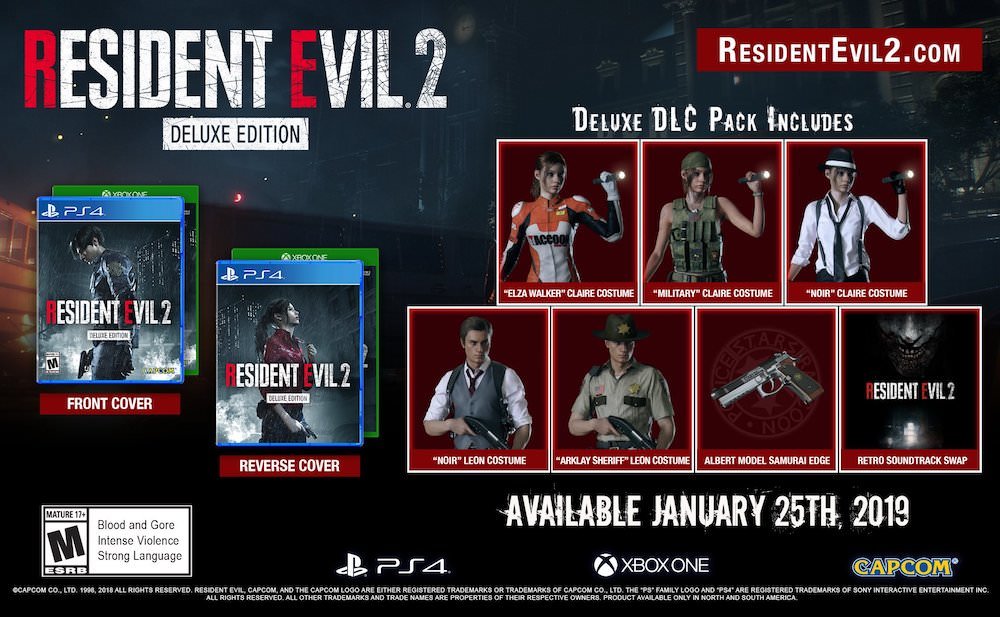 and last but not least, the GameStop Exclusive 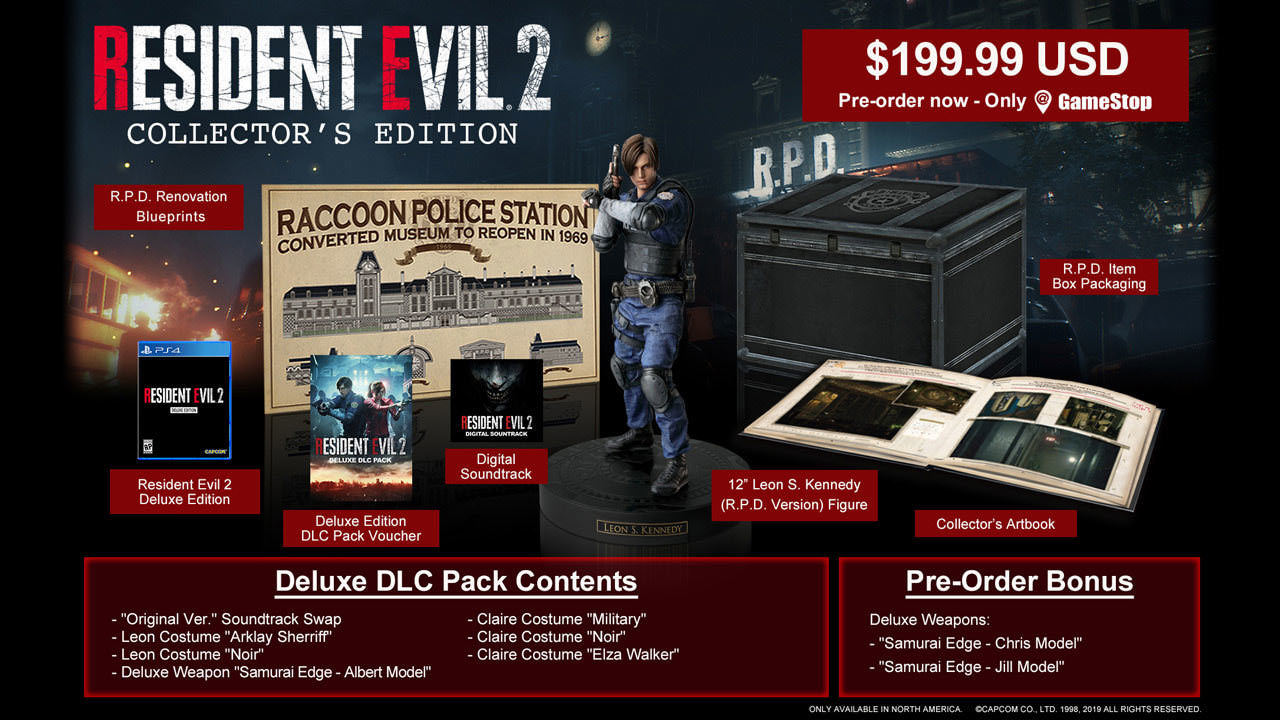 The GameStop-exclusive Collector's Edition comes with everything you get in the Deluxe Edition, plus a 12-inch Leon statue, a collector's art book, and R.P.D. renovation blueprints, all in R.P.D. item box packaging.

So there you have it, everything you need to know about the release and pre-ordering bonuses. Are you ready to jump back into Raccoon City and fight off hordes of the undead to save your loved one? Find out in 2019!